Lush (http://lush.sourceforge.net) is an object-oriented programming language designed for researchers, experimenters, and engineers interested in large-scale numerical and graphic applications. It was designed to facilitate experimentation with multilayer neural networks and more generally to research what is now named deep learning. In general, Lush can is useful in situations where one would want to combine the flexibility of a high-level, weakly-typed interpreted language, with the efficiency of a strongly-typed, natively-compiled language, and with the easy integration of code written in C, C++, or other languages.

Most users use Lush as a research tool, but many use it as a general purpose script language, or as a general language for application development. Some have been known to use Lush to develop 2D and 3D games. A few have even used Lush to develop commercial software for embedded processors.

A page of the online documentation: 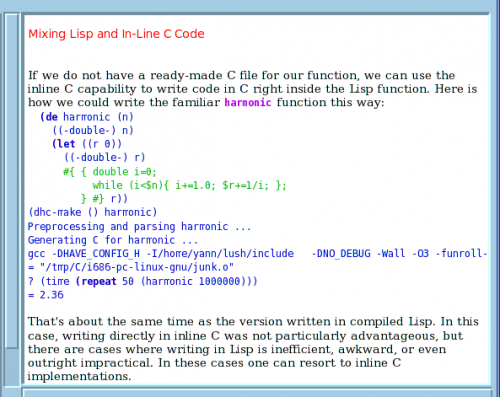 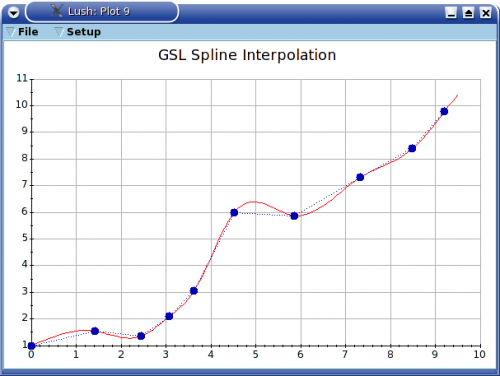 Lush is the direct descendent of the SN and TL3 systems. SN was originally developed by Léon Bottou, and Yann LeCun in 1987 as the front-end of a neural network simulator. Various incarnations of SN/Lush have been developed continuously since 1987, some of which were sold commercially by Neuristique until 2001. The system eventually grew into a full-fledged prototyping and development environment. Neuristique released the source code of the lisp interpreter in 2000 under the name TL3. Meanwhile, parallel versions of SN were developed at AT&T Bell Laboratories and AT&T Labs between 1988 and 2001. AT&T released its code under the GPL in 2001. Transforming the various incarnations of SN into Lush was done at the NEC Research Institute by Léon Bottou, Yann LeCun, and HuangFu Jie.

Lush has been used to build many successful technologies and products: